Living in Tonga is like living in another time. I came from a place where I can track the location of my bus/train in real-time on my 4G LTE iPhone to a place completely removed from that kind of technology. AT&T won’t unlock my phone, so I don’t have a phone here yet. Not that it would matter, anyway, because there are no bus stops in Tonga to track. I asked my co-worker how I can know which bus to take. She said, “You can’t.” We laughed.

It’s a really simple system. Everyone just waits for a bus to drive by and waves it down. If it goes the way you want it to, then stay put. If it doesn’t, then yell, “Tu’u atu hena!” (Stop here!), pay your fare (whatever change you have- it can be anything up to $1 TOP), and hop off. It’s perfect, because eventually, I will be dropped off right in front of my destination. 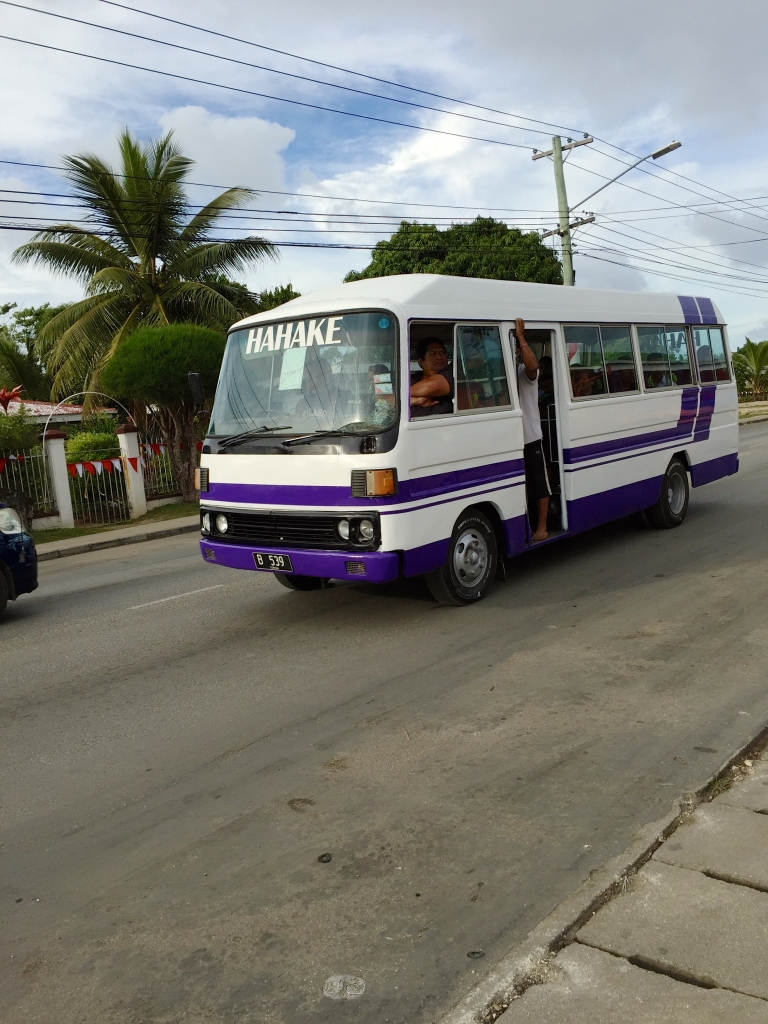 We’re on island time here, so there’s no rush to get anywhere. If Boston were on an island, maybe the T wouldn’t be so bad. Actually, Tonga’s no-system bus system has been far more reliable than Boston’s MBTA, which acts like it’s trying when it’s really not. People only get angry at the system when the system fails them. The buses here set the expectations low, so I am never disappointed. It also helps that the buses play fun island music so that it’s impossible to sit and brood. 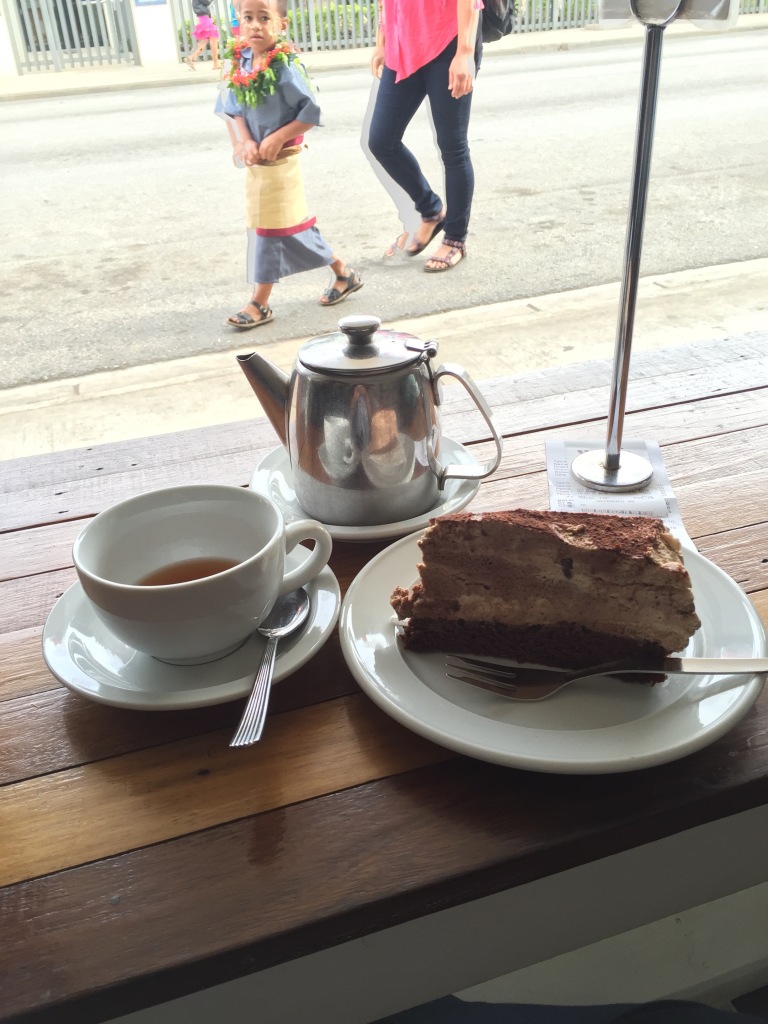 As I write this, I’m sitting in Friends Café, a palangi favorite. The wall facing the sidewalk is non-existent, and my friend Debra just poked her head in and we had a long conversation about the bus system. So between this paragraph and the last, she taught me a few more things about the bus system. I’ve decided that the bus system here is incredibly representative of Tongan culture. In the States, if there was no official fare, moreover no repercussions for not paying (not even guilt), the system would go broke. Here, the buses are privately owned, and Tongans don’t work during the week of mourning. So if there’s a death in that family, the commuters are out of luck. For the general populace, the priorities rank: church, family, work.

On these buses, you only pay what you can afford to pay. In a nation where 90% of the population is Christian, it is almost a moral imperative to give. Actually, the driver doesn’t even expect to be paid. In fact, when I get off the bus, I have to tap the driver’s shoulder in order to get his attention so I can pay. I drop the 1 pa’anga into his palm. He doesn’t check or count the amount. Instead, he smiles and mumbles, “Malo ‘aupito.”

2 thoughts on “Bussin’ It in Tonga”

Talk to me Cancel reply